Sounds easy enough, isn’t it? Well, I knew, there was construction work at the railway towards Germany. Reason enough, to start early. Didn’t manage it quite well: stepped into the car 15 minutes late. To late to catch the first train. No worry, instead of driving to the nearest train station, I took all the way to the point where I had to take the bus because of the construction work, anyway. There, I arrived early 🙂

Worth an ice cream, to start the vacation, so I thought. Lovely. The departure time for the bus came. And went. Never saw any bus for our direction. After a while I called the information point. A kind gay at the phone, tried to tell me about the schedule. Explained him, that the schedule wouldn’t help, when the bus isn’t showing up. He tried to reach his call center. Conclusion: for this route, they had an external contractor, with which they do not have any contact during the day. Thus, he wasn’t sure about the whole situation.

An hour later, the next bus was mostly on time. Meaning for me, all direct connections to the airport were gone. Had to change trains about 4 times. At the second change I hurt my knee, not badly, just a strange twist… and moved on.

The nice feature at Frankfurt is: you can drop your luggage right at the train station. Except, you arrive later then 6 PM… Luckily, I found a counter in the airport for an early drop-off. Looking for my shuttle to the hotel light weighted (without luggage, anyway:)

Found the bus, came at the hotel… only, I had the wrong one. Right chain, wrong place. With some phone calls easily managed.

Time for a walk, checking if I could see the moon at this very special astronomical evening. Nope! All clouds in the southeast. All looking up, I mist some obstacles at the sidewalk… and ruined my shoes. Tried to find a shop for some utilities for a quick fix. At this hour, I could find any. Surprise! All my other shoes were in my suitcase in the … “cellar” of the airport and on its way to Vilnius. Leaving me with the only option to buy new shoes the next morning. 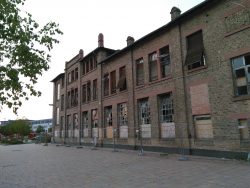 How do you think I felled this evening, after such a day? Very lucky! Serious!

I met some very nice people during my trip, learned a lot about astronomy (like a lot others, this night, I assume). It was the first day of my holiday! The weather was promising. I was about to see some countries I was very much interested in. I had good news from several family members. And also at work I had a very good week. Thus? All the other stuff are miner issues. Just fine to fill a good story. Making me smile. And curious!

Fresh wind from the North East

Only Lithuania and Latvia Baltic in terms of ethnographic and language. Estonia in its origin is Finland’s-Ugric.
The terrain of Latvia and Estonia has been occupied by the Livlands Gilde in the 13th century, partly also from Danish troops. Later on the countries were the playing field of several emperors, leading to the saying “Liberate us from the liberators”.
Only Lithuania and Kurland (a part of Latvia) was an independent county. Russia, Sweden, Poland… the emperors came and went.
1918, Latvia and Estonia became independent for the very first time, just during WWII they were part of de Soviet Union because of the Hitler-Staling-Pakt.
Lithuania was an independent county since the 13th century, stepped in to Christianity trough a union with Poland in the 14th century and still keeps its old traditions. After a lost war, Lithuania became part of Russia in the 18th century and resolved its independence, again, in 1918.
Thus, origins, history, development were different for the three countries, also there are some commonalities during history.
1991, they became, again, independent and joyed EU and NATO in 2004. The states put membership of the NATO at a high status: its necessary in relationship with Russia, surely if you look at the aggression of Russia against Ukraine.
Also the alliance with EU and Scandinavian states is of importance for the Baltic States.
Thus, clustering these three states has more geo-political aspects then ethnic origin.