It’s not a twin at al. But just because the husband has the same name as the director of the Jehiel, he is called the twin. Took a moment, to understand that when everybody seems to know.

We had to visit the Twin to deliver the school fee a Dutch family is providing for the oldest two kids.

The fun part: we had no idea, where we had to go. We had no address (as far as they have addresses in this region, in the first place). All we had was a telephone number from a boda driver (motorcycle taxi) who had brought others to the very same place the years before. ‘Simon should know’. He did. He knew exactly, whom we wanted to visit. And his colleague (John), too. It was about an half hour drive on a boda-boda. Other vehicles couldn’t reach the place, anyway. Road at first, then a dust road, a grass way and at last a small path through the fields, just wide enough for a motorcycle. 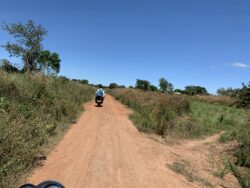 When we reached the place, the Twin wasn’t at home. His wife and his 4 kids and some other kids were. We had a lovely chat, some in English, some with help of Simon in Kumam of Ateso (a Nilotic – local- language). The farm, they lived on, were not much: a ‘house’ to sleep in, a grass hut for kitchen (the former kitchen was burned down), some fields around. Nothing more. 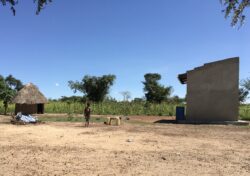 We delivered a private donation for the school fee of the two oldest kids. And they do great at school: we saw the grades! Impressive! They really make work of the opportunity they get! 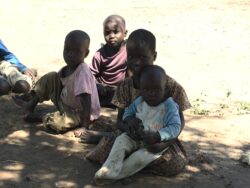 After a while we drove back to Soroti. Tried to process what I had seen and heard. Got some questions of the wife, I tried to answer as open as possible; not easy with a limited understanding of the possibilities and boundaries of the situation. 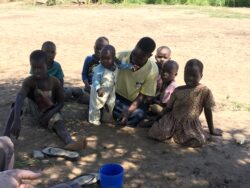 When we came back to Soroti, I tried to fix my SIM-issues. That needed some walks (from the shop to a mobile stand and back and forward and back, again). At the end, most things seemed to work … later I tried some others… guess, what? Didn’t work… Be patient! There is no other choice, anyway.