Before we went to the school, we stopped at a garden centre. At the Unity School a new building with six classrooms was built this year. Three partners worked together to make it happen: Call4Uganda (an American foundation), foundations in Holland (Chica and Wild Goose) and, of course, the Unity School with her community around.
Thus, we decided to buy 3 trees for the school yard, to mark the success. And to have shadow for the kids in the years to come. 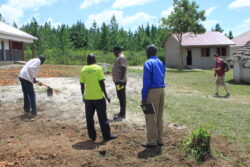 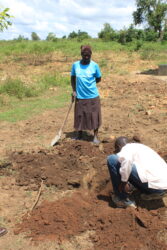 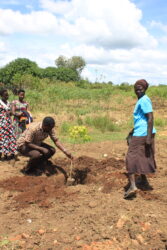 Then, it was about an one hour drive to the school. When we arrived, the nursery kids got their breakfast – some kind of porridge – waiting in line afront of the hut, which should go through as kitchen. 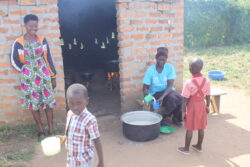 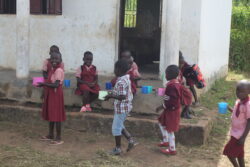 We met the head teacher, the master and teachers from primary classes and the nursery. Took a few minutes to get everybody gathering together. I took a first scroll to make some pictures, meet the little ones and say hi to the cook. 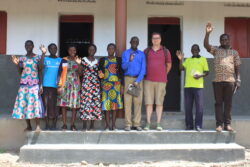 We had an official meeting with the whole staff. We started with the thanks and a prayer from the master. Next official to speak was the director, followed by the chairman of our foundation. The kids from P1 and P2 came to sing for us. I said my thanks for the performance, the meeting and the interesting discussion we had in between before we took a tour of the grounds. 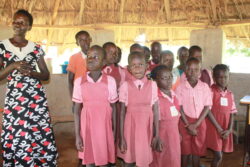 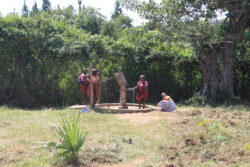 The borehole (water pomp) is also used by the nearby community, beside the school itself.

The Unity School is a completely new school, started several years ago with the first buildings and field work (at the fields which belong to the school) based on the plans made together with the local community. 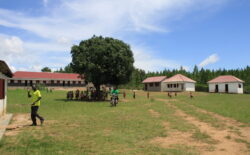 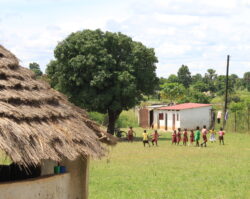 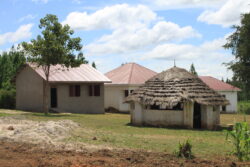 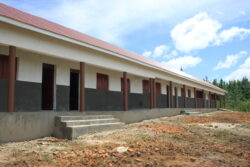 Now, the basic buildings and anything for a prior registration as nursery and primary school are there. 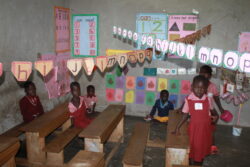 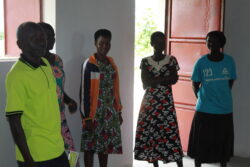 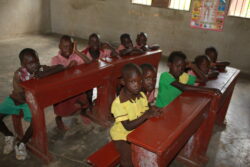 The staff has wishes for boarding rooms, a better office and library (they are now based in the guard’s building) and the required sickbay.

But in the first place, the teachers need books for all the new classes which start in February with the new schoolyear.

We also had a look at the fields. I saw my first cassava harvested! Earlier, our foundation supported a training program for field workers and compound workers for the school. Only 2 of the 6 left to take care of all the work, the others went on (not to blame for that!).